In the period leading up to the Olympic Games, the Dutch cultural programme HOBRA will be held in Rio de Janeiro from 11 to 31 July. Ten Dutch and ten Brazilian artists and other creative professionals will form teams of 2. Each duo will create a new work within three weeks. The results will be presented to the Brazilian and international public during a large-scale concluding event.
HOBRA is a combination of Holanda and Brasil – and it also refers to obra, which is the Portuguese word for (art) work. The Dutch-Brazilian duos will work in the disciplines of literature, film, theatre, music, dance, design, e-culture, visual arts, architecture, and in the field of cultural participation. During the project in Rio de Janeiro, the teams will not only work together as duos but will also be challenged to connect to the work by other duos.

This programme is the result of an invitation by Brazil to the Netherlands to participate in the Olympic cultural programme in Rio de Janeiro. HOBRA serves to stimulate the cultural dialogue and exchange between the two countries, but also helps promote Dutch culture on an international stage. The programme furthermore seeks to establish new forms of collaboration between the Netherlands and Brazil.

A remarkable initiative
The cultural programme HOBRA is a collaborative effort by the six public culture funds: Performing Arts Fund/Dutch Performing Arts, Cultural Participation Fund, Mondriaan Fund, Netherlands Film Fund, Dutch Foundation for Literature, Creative Industries Fund NL, and DutchCulture, the strategic advice agency for international cultural cooperation, creating activities worldwide. The programme is carried out in partnership with several Brazilian cultural organisations, including the international theatre festival TEMPO. This is the first time that partners from the two countries work together on this scale to create a cultural programme in the context of the Olympic Games.

Follow the programme online
Between 11 and 31 July 2016, the Dutch and Brazilian artists and creative professionals, the interim presentations and the final event in Rio de Janeiro can be followed on https://hobra.art.br, the Facebook page https://www.facebook.com/hobra2016, via the hashtag #HOBRA and Instagram @HOBRA2016.

The catalogue of the programme can be found here.

information about the participants 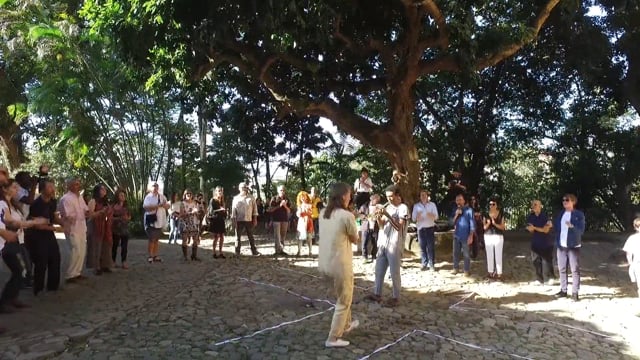